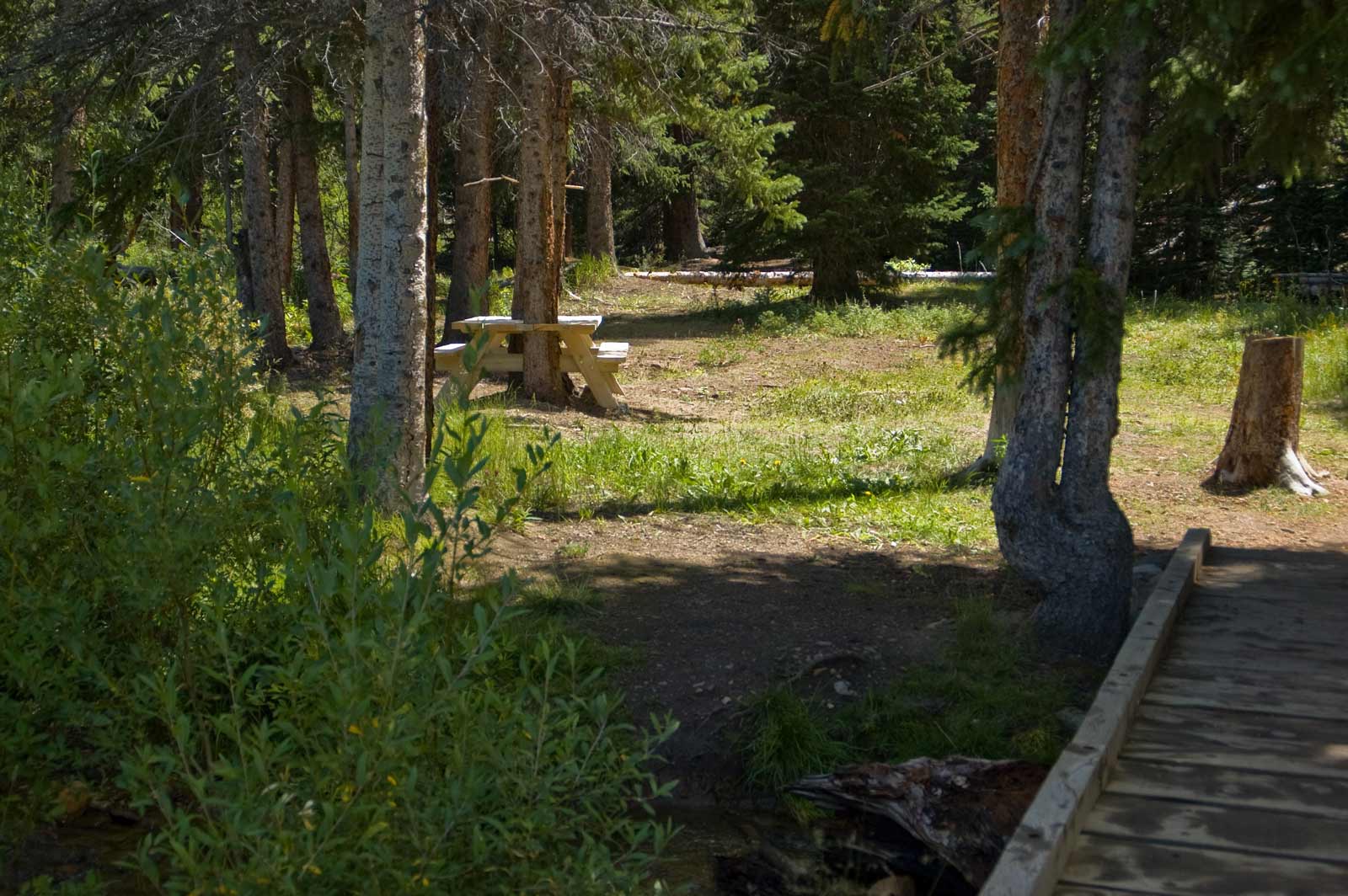 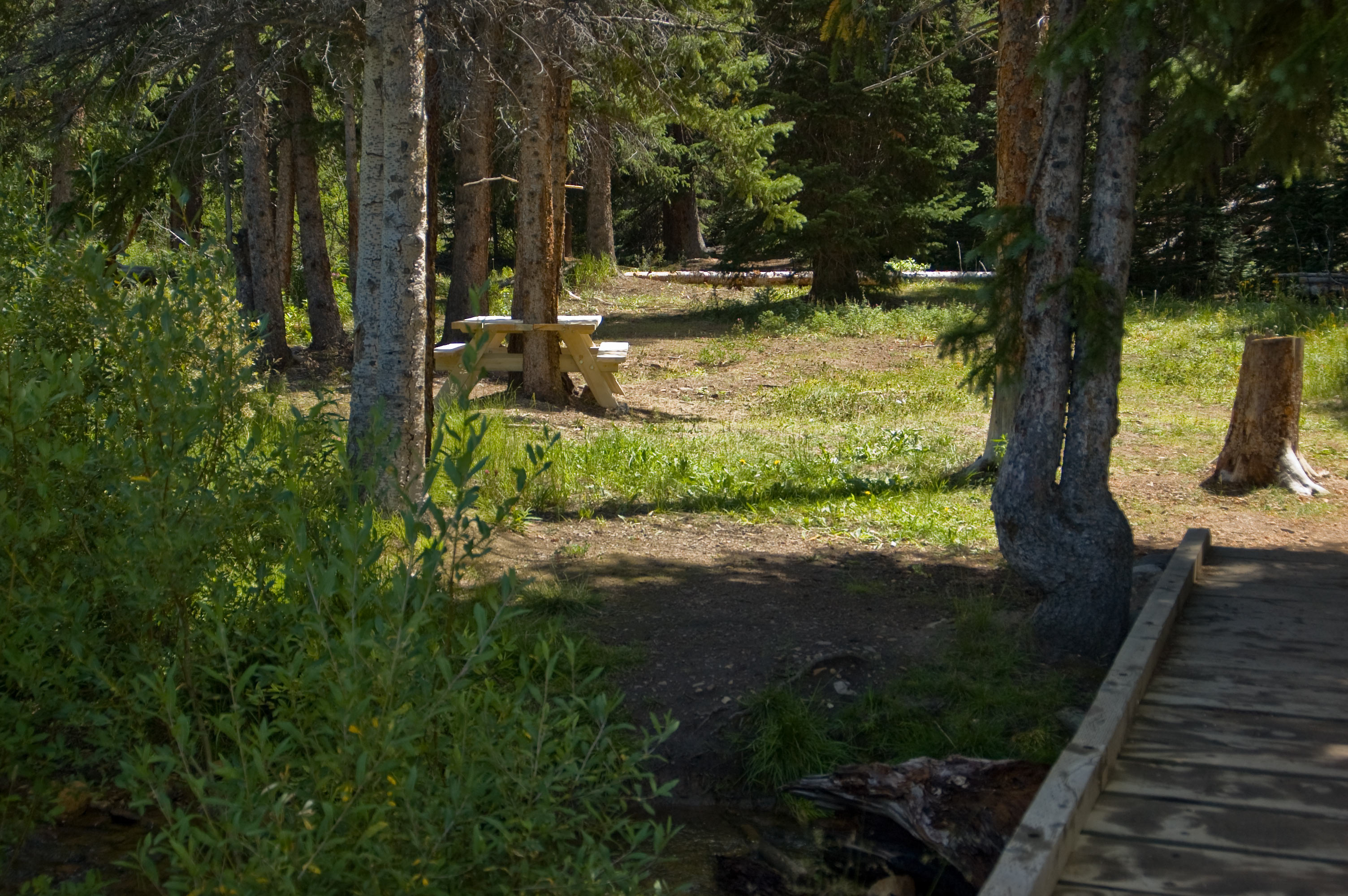 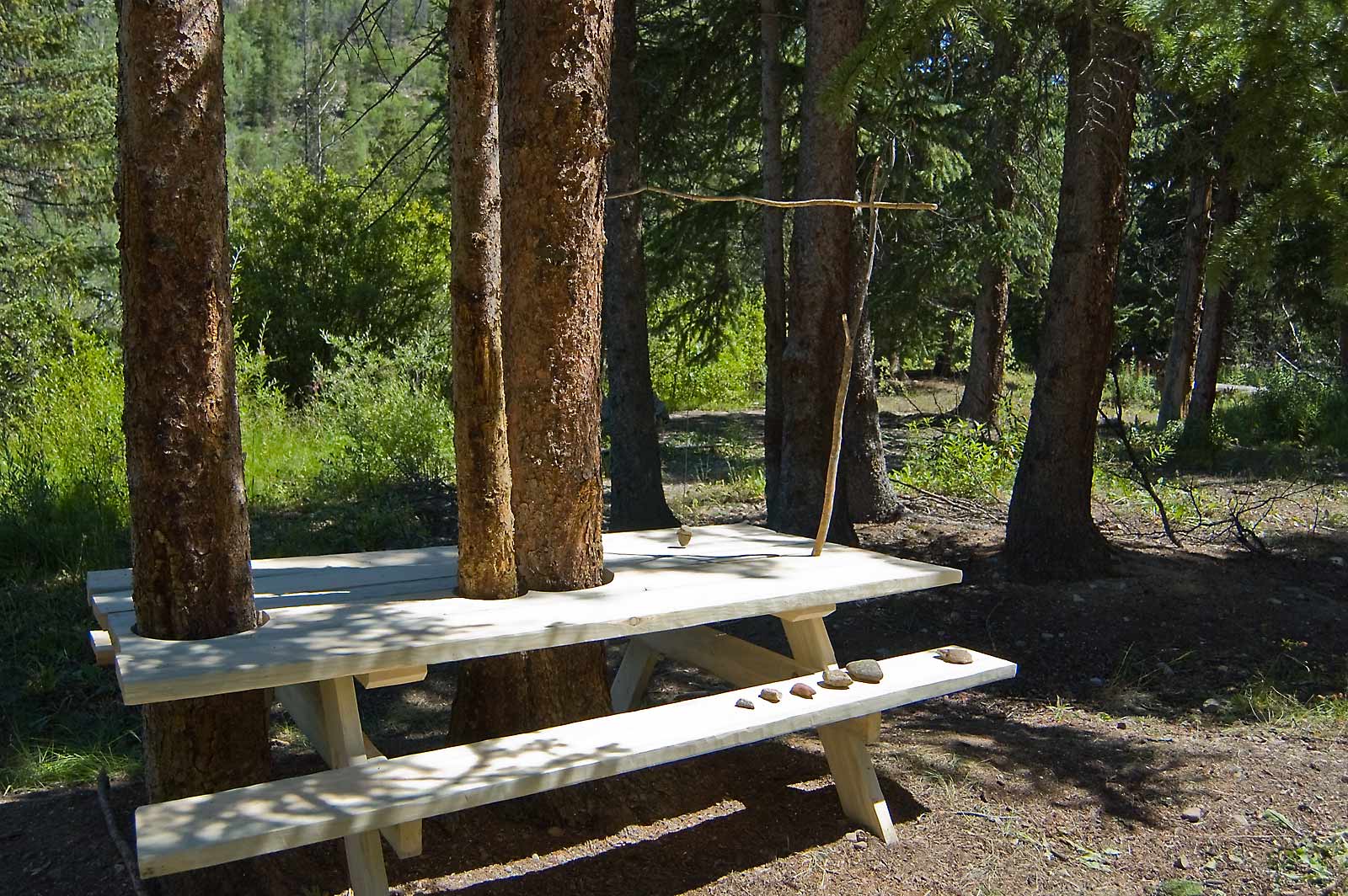 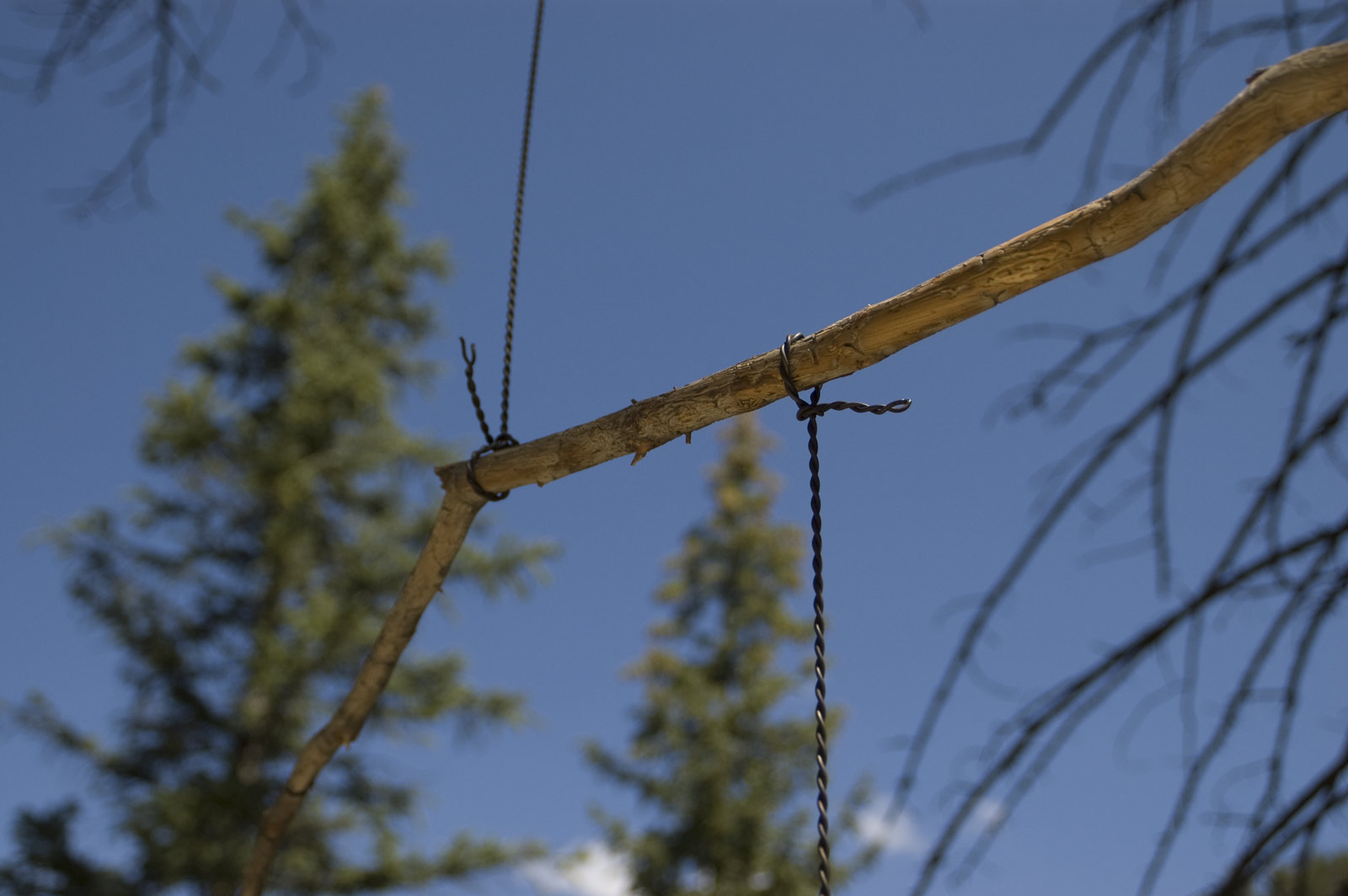 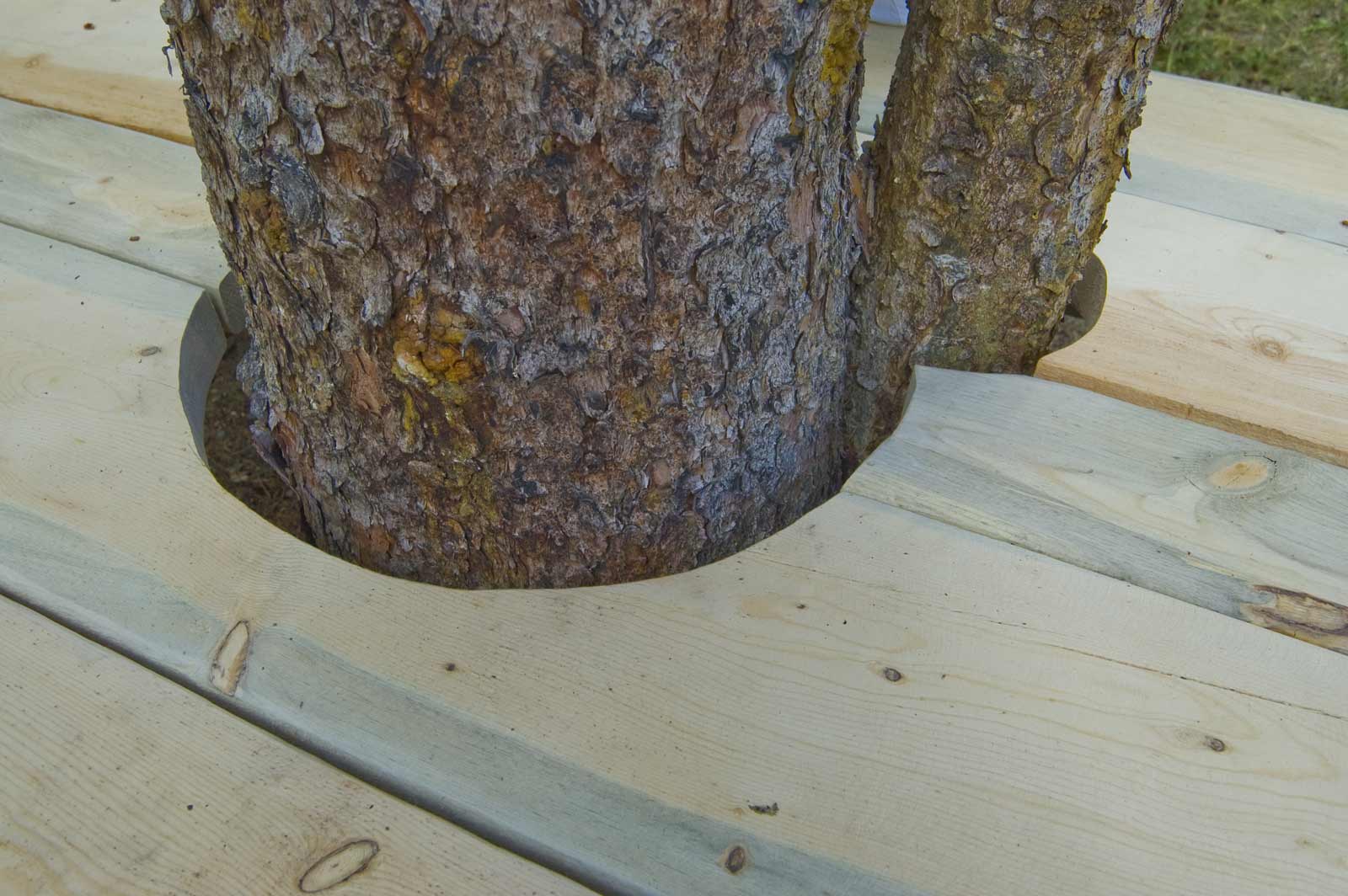 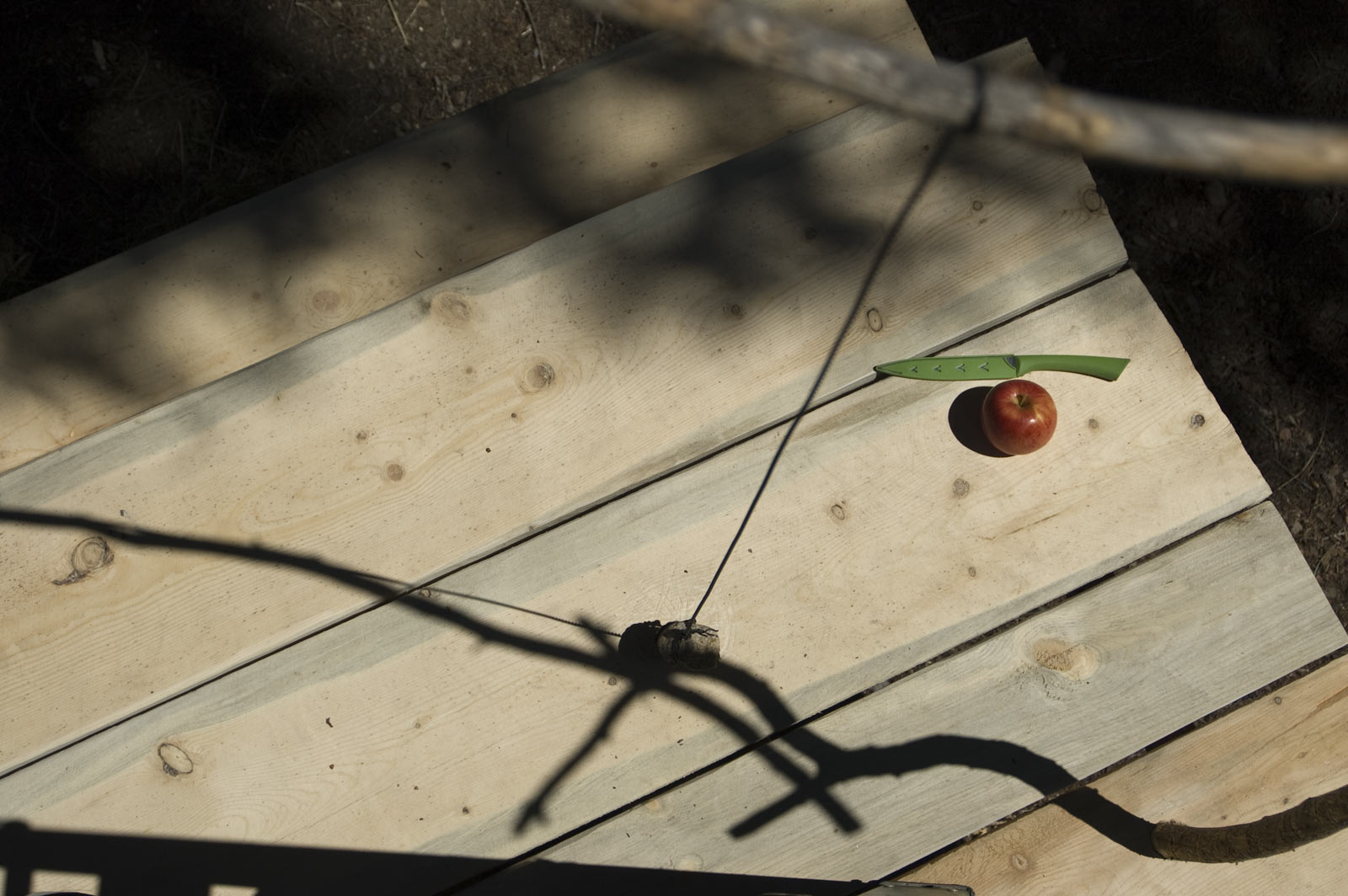 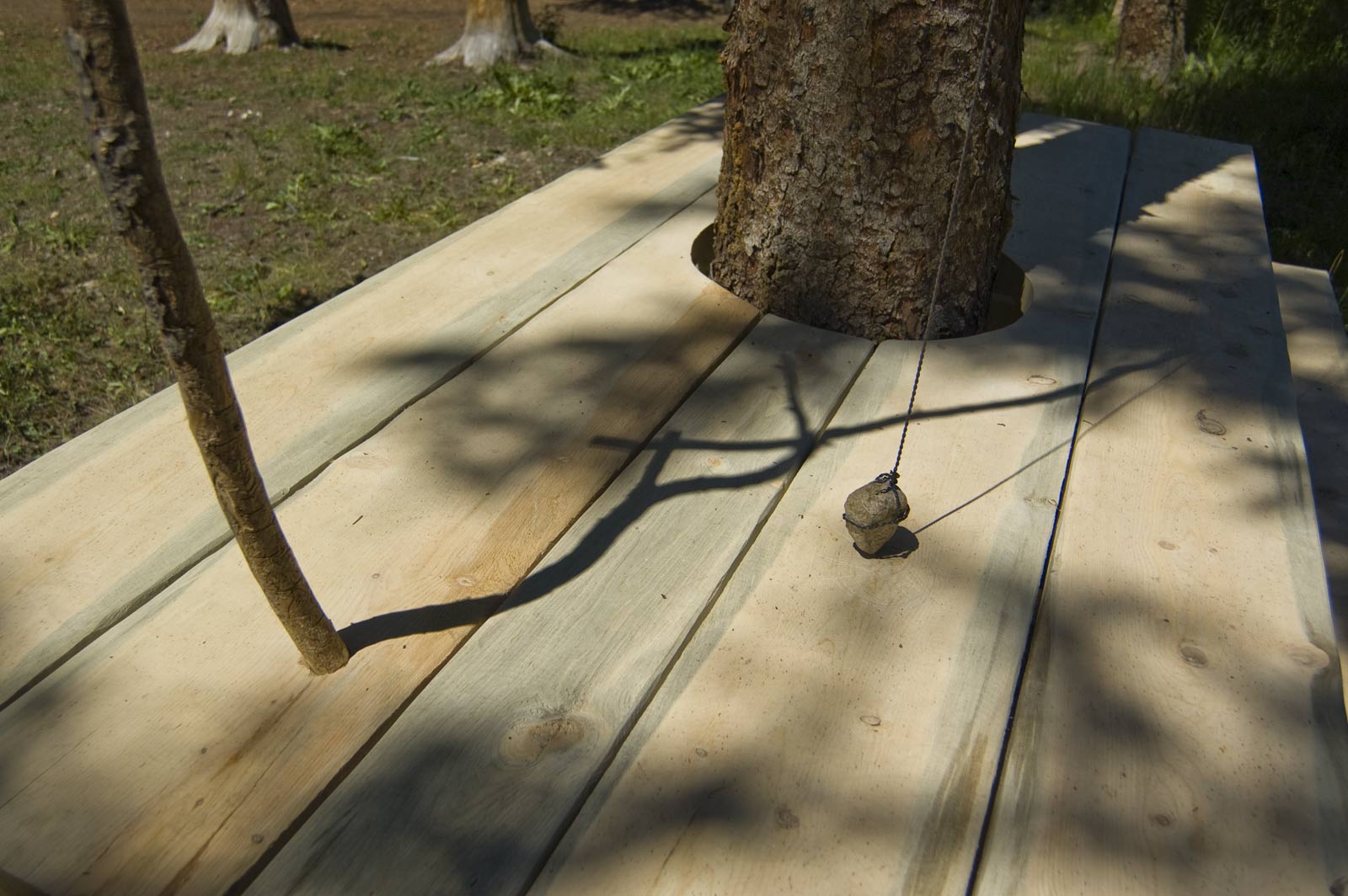 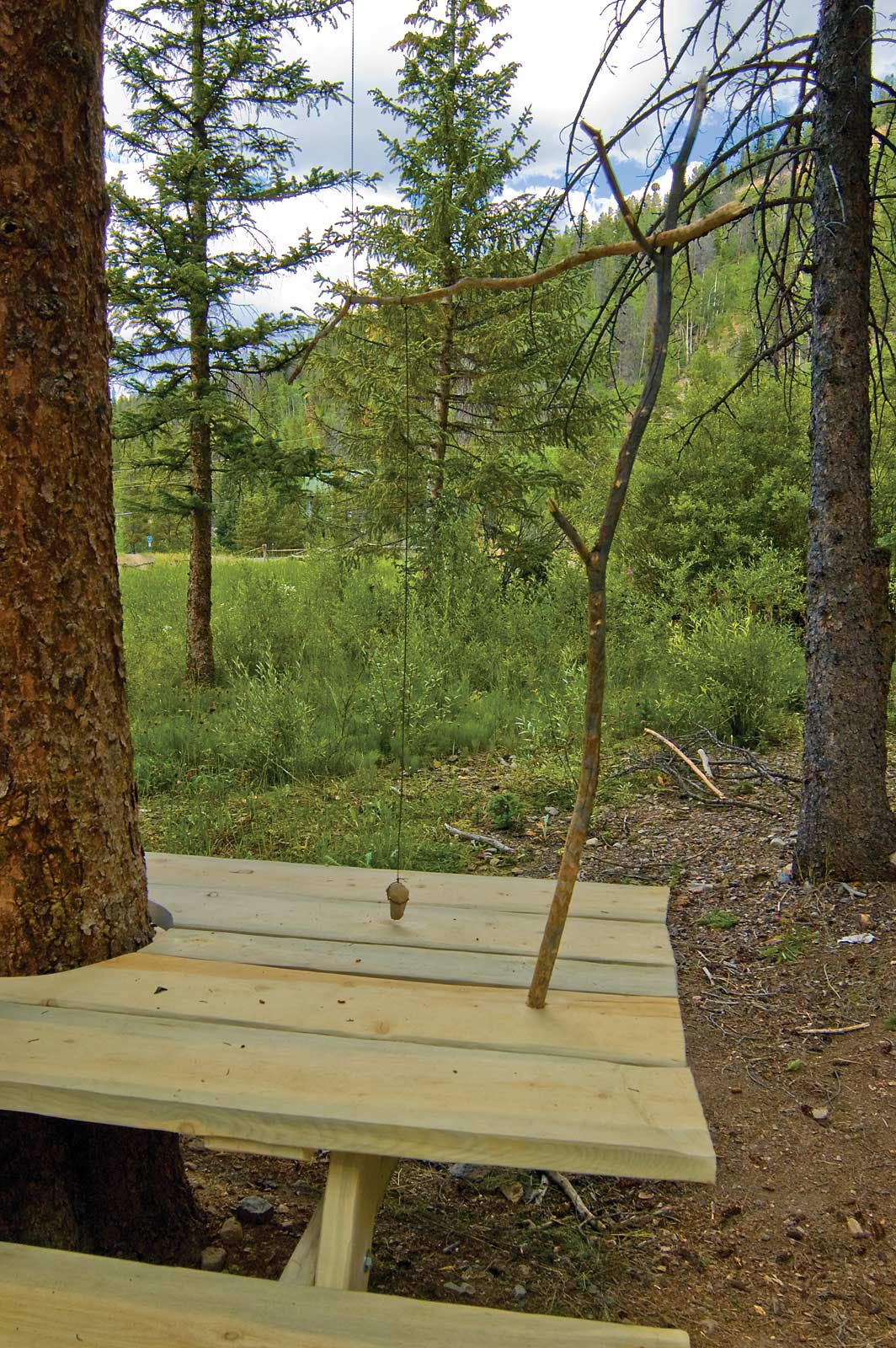 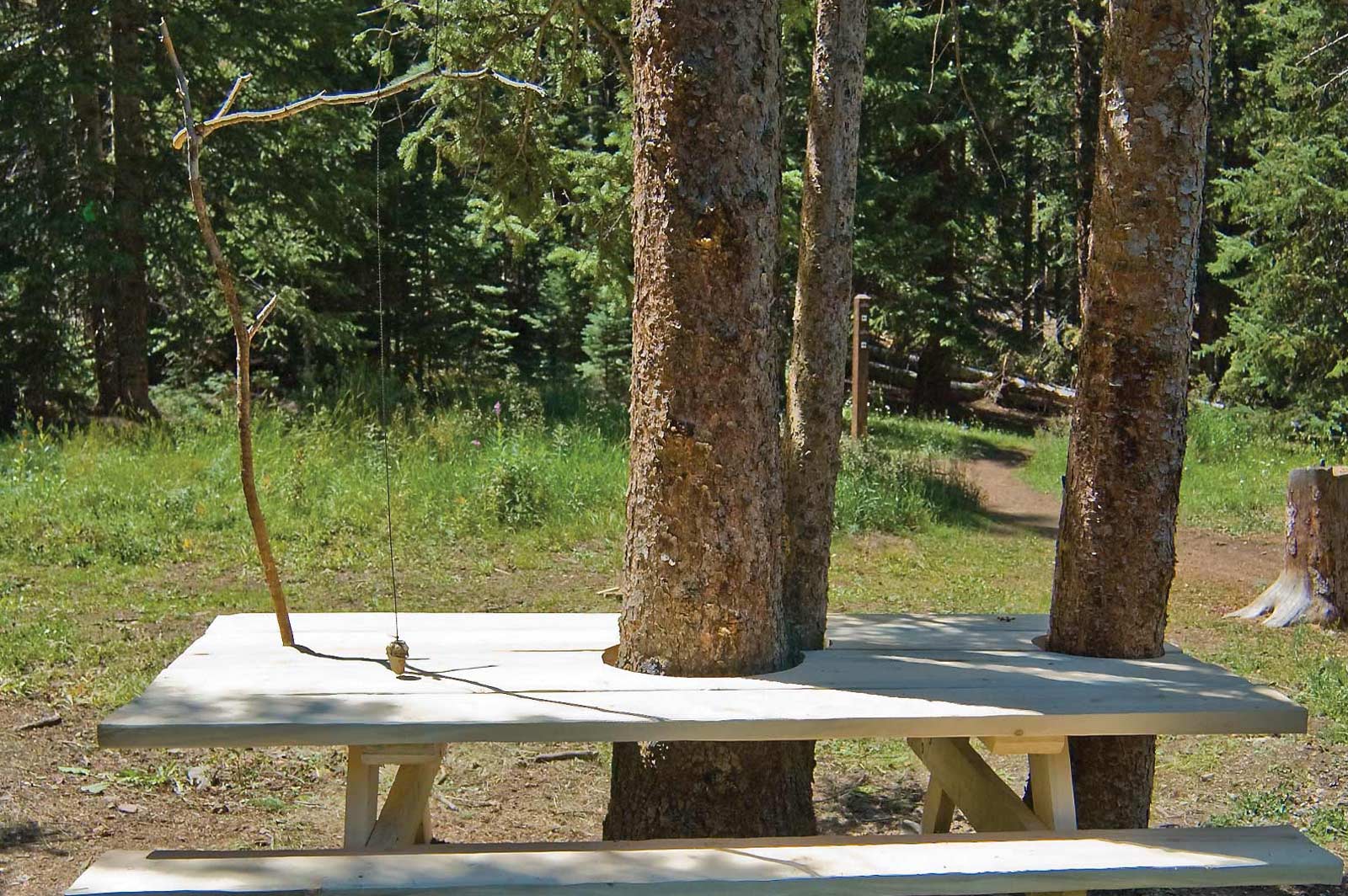 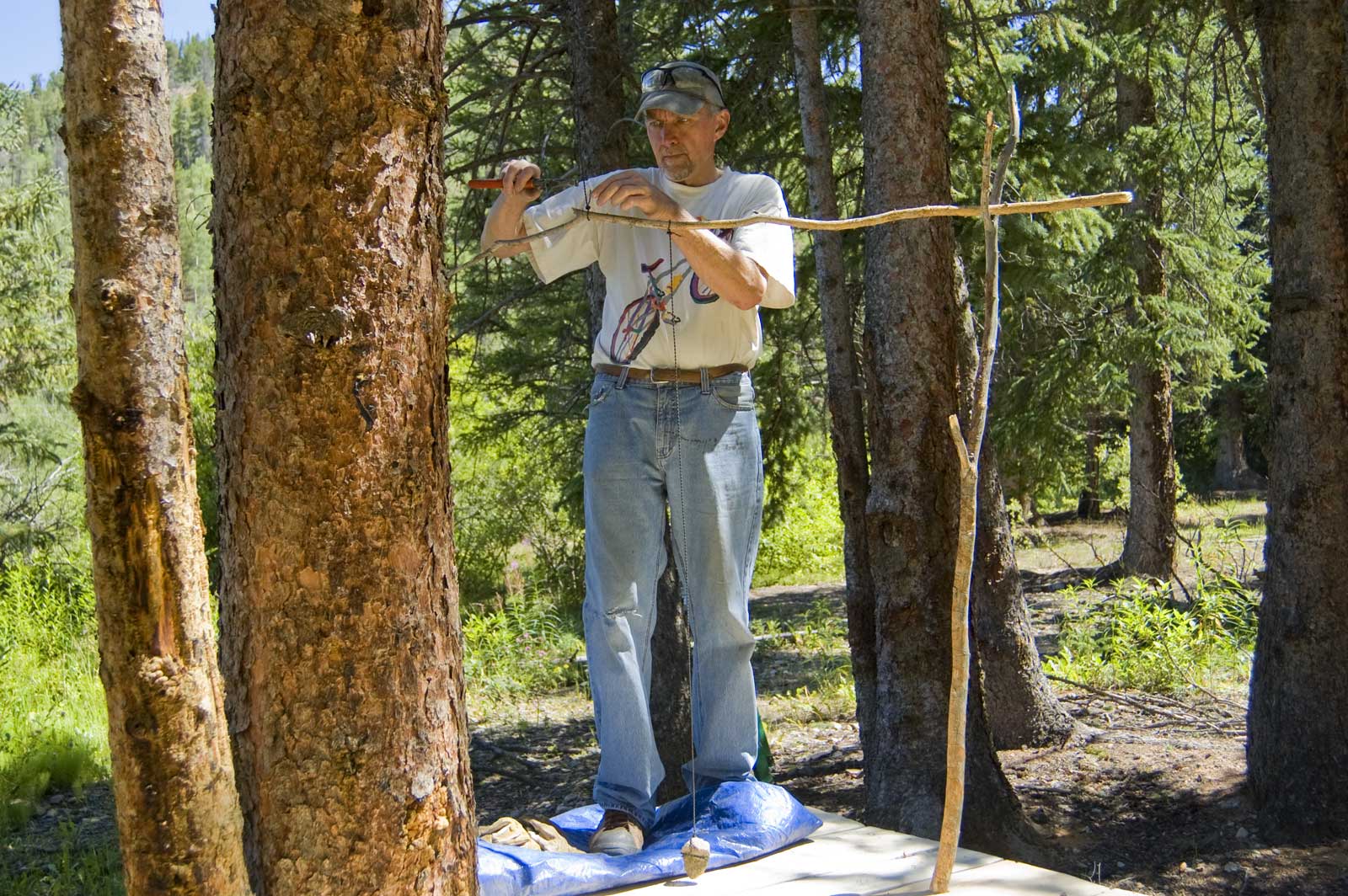 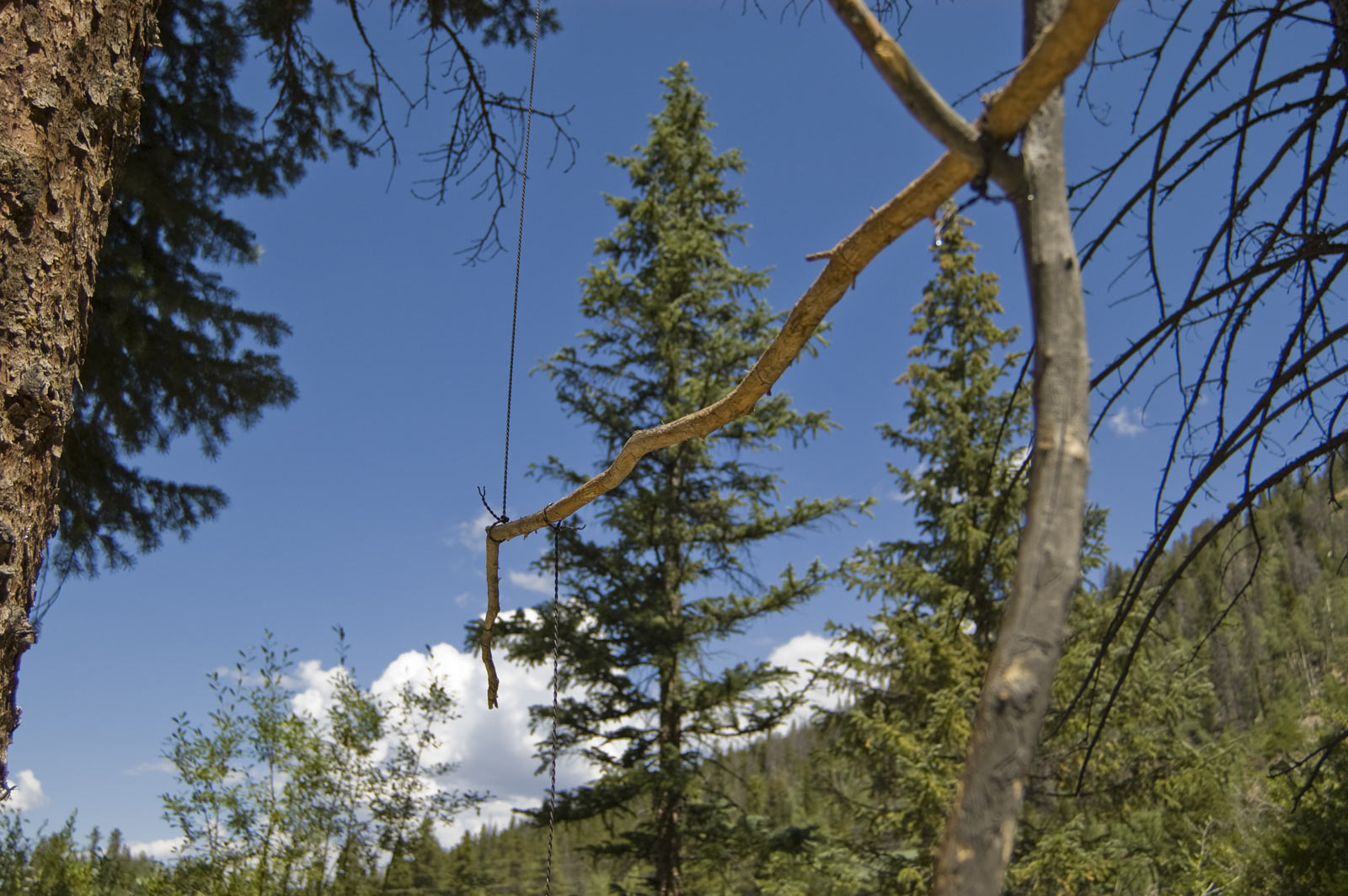 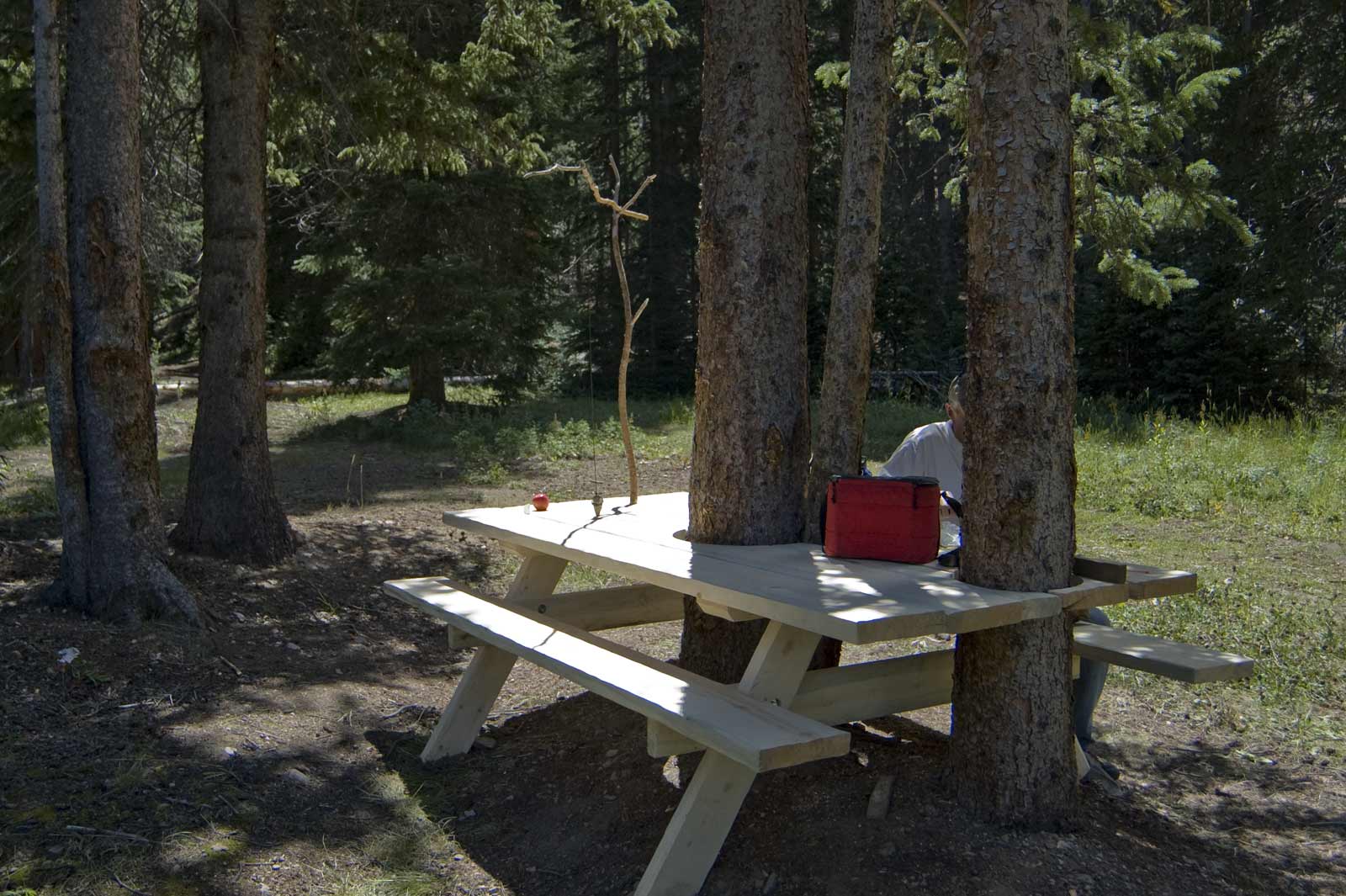 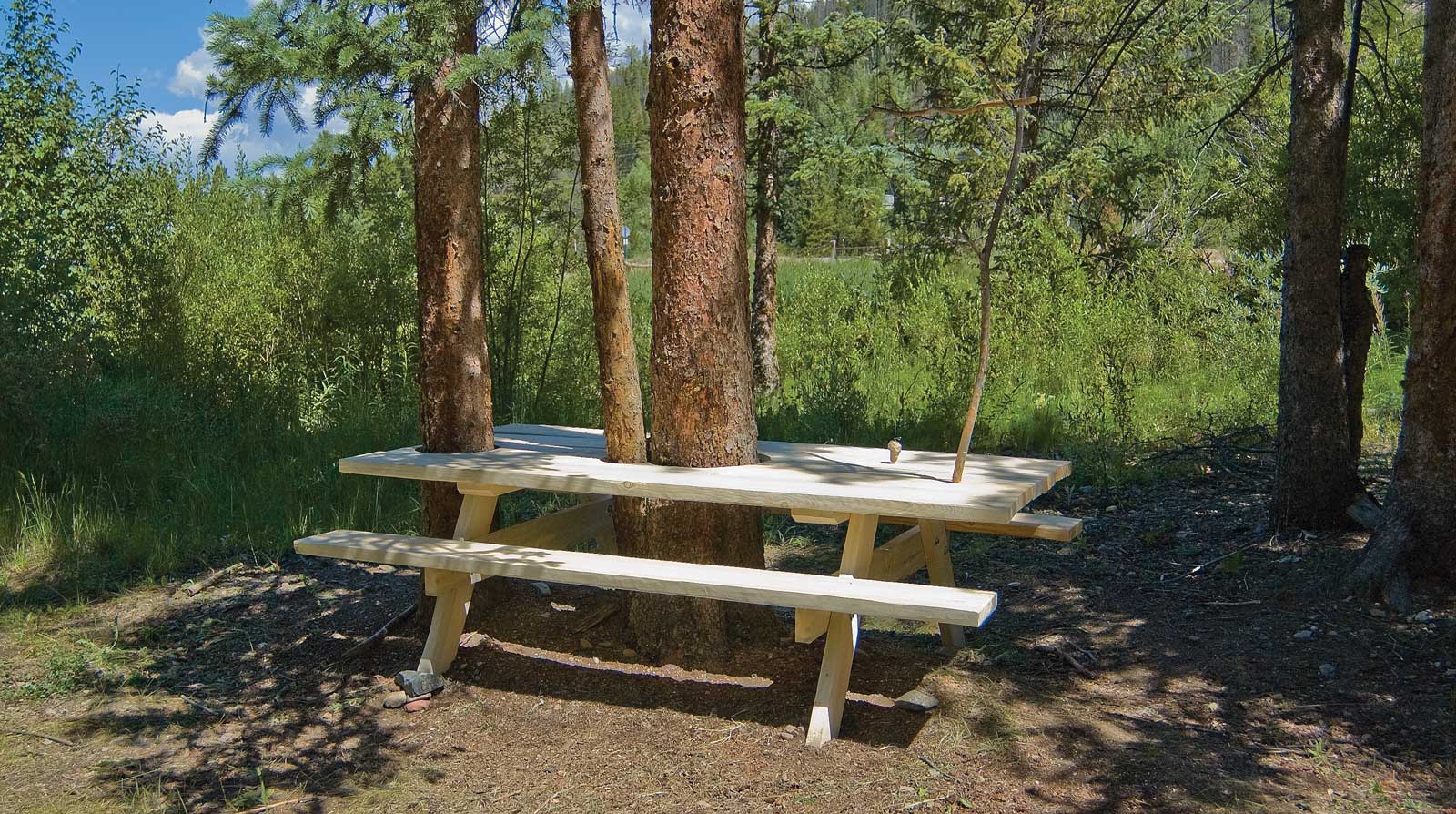 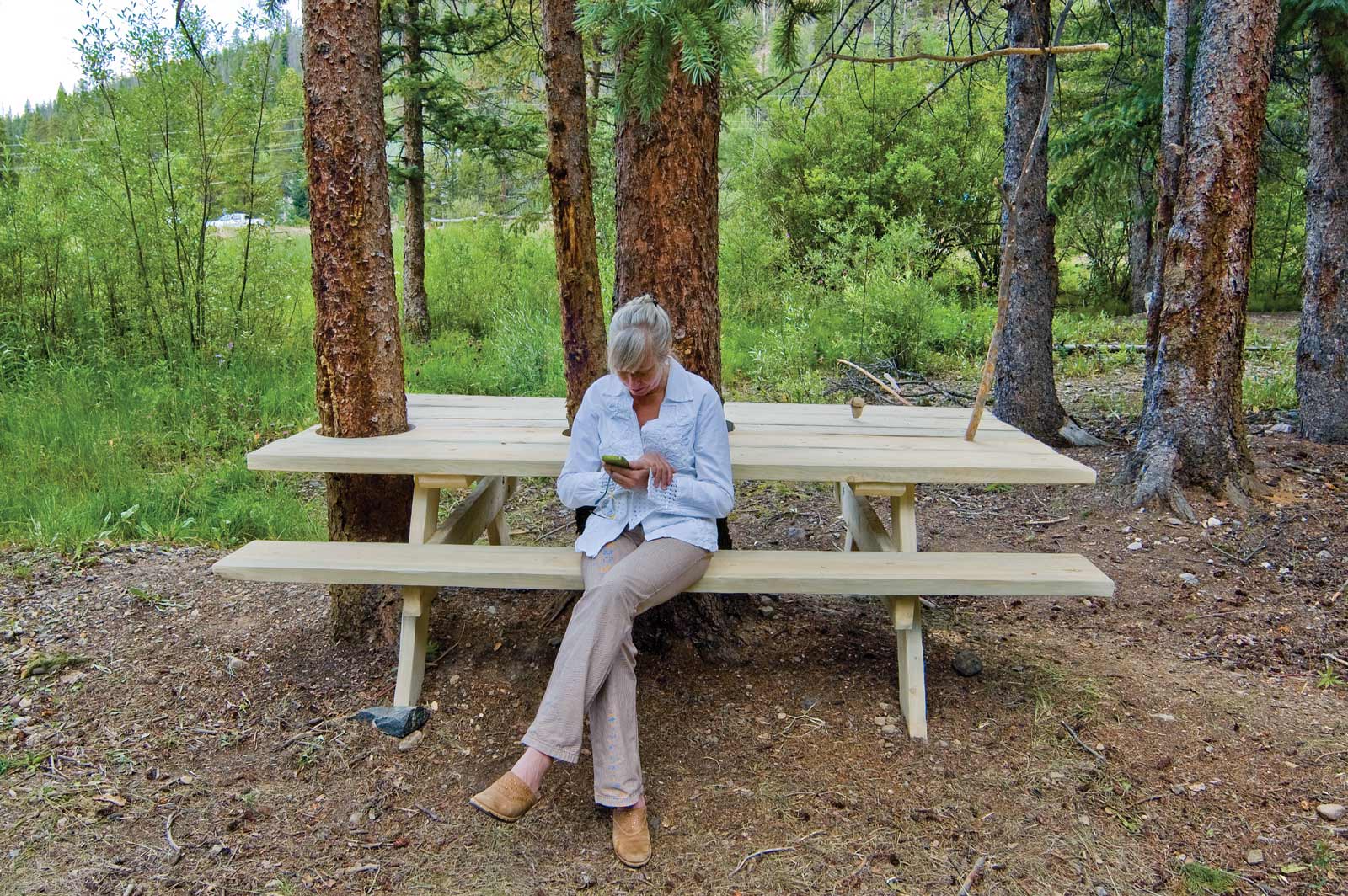 Built as a public sculpture, Table of Specific Gravity, is situated on an open space parcel in Breckenridge. It was constructed from heavy, local timber to look like a traditional U.S. Forest Service picnic table and built around a group of living trees.

The idea of the Table of Specific Gravity is to point out the various densities of wood: living wood like the trees in the center; the newly-sawn, beetle-killed, lodgepole pine that was used to build the table; and some dead branches that were removed from the center tree.

Specific gravity is a relative measurement of density that varies with temperature and pressure, and in the case of this table -- age. The table reminds us where wood comes from and how it changes over time.

Table of Specific Gravity exists just as itself, not a statement about forest health or beetle politics. Visitors can experience the small scientific arrangement of the sticks and the effects of the wind, sun, the cast shadows and the environment that they're sitting in.

The project was produced in the summer of 2013, with the approval of BOSAC and the town's Open Space and Trails department, and funded by the Breckenridge Public Art Commssion.