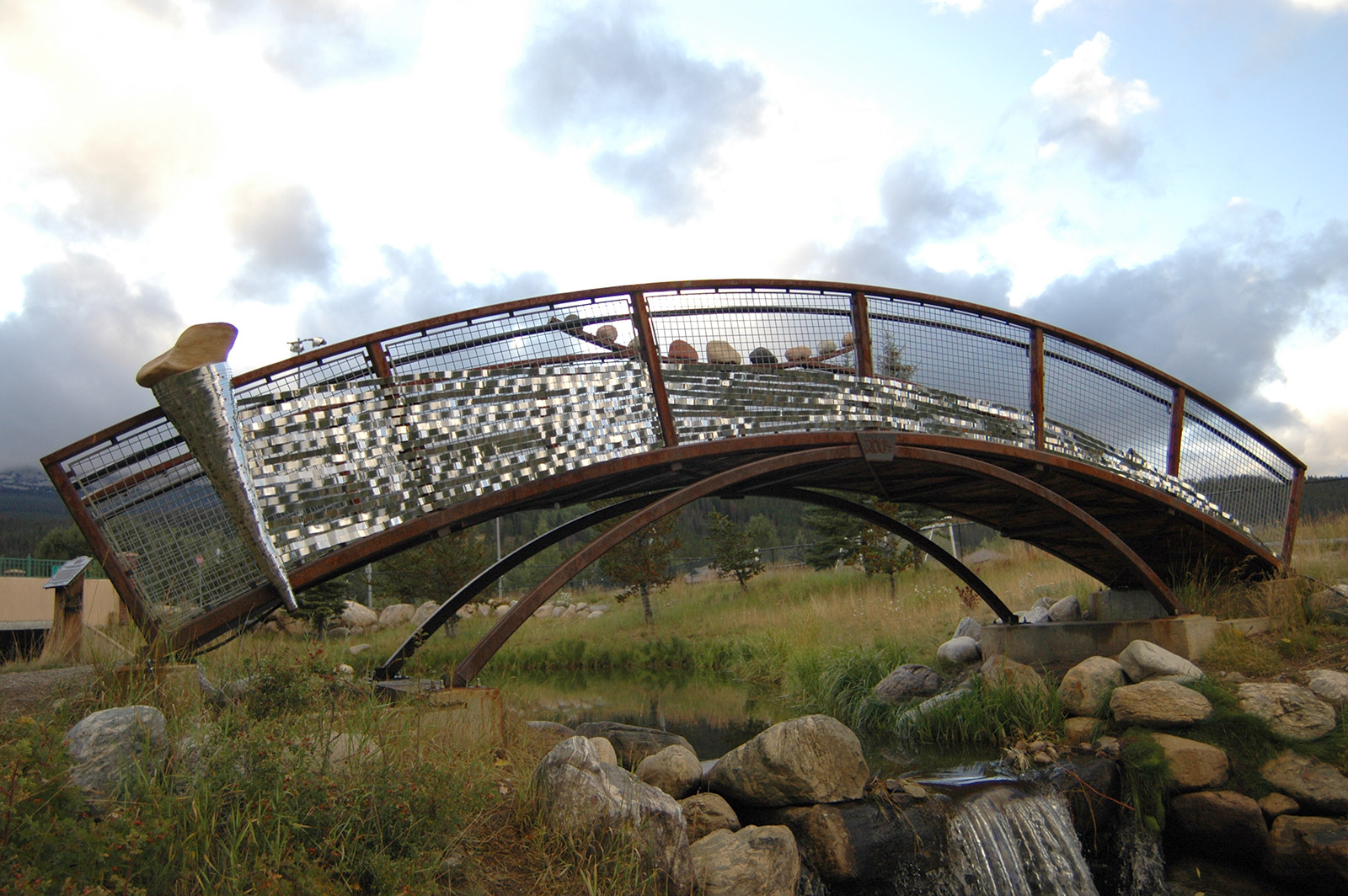 A smile-shaped arch of rocks sits atop a bridge that obviously didn't come from the usual bike-path bridge factory. Colorado River Rock Bridge came from artist Steuart Bremner, who studied historic Western sources and came up with the distinctive form. Its structural lower arch is high enough for kayaks to pass under and flow with the creek into the Blue River. The Blue, one tributary of the grand Colorado River, is represented by one of the rocks in the arch of rocks, as is every other Colorado tributary, in east to west order. The large, white boulder is from the Colorado, itself.

The bridge was commissioned in the early 2000s by a joint effort called 'bridge as art' of the town of Breckenridge Open Space and Trails Commission and the Public Art Commission. The first design approved by both commissions, but ultimately rejected by the Breckenridge Town Council was to be made of recycled road signs.