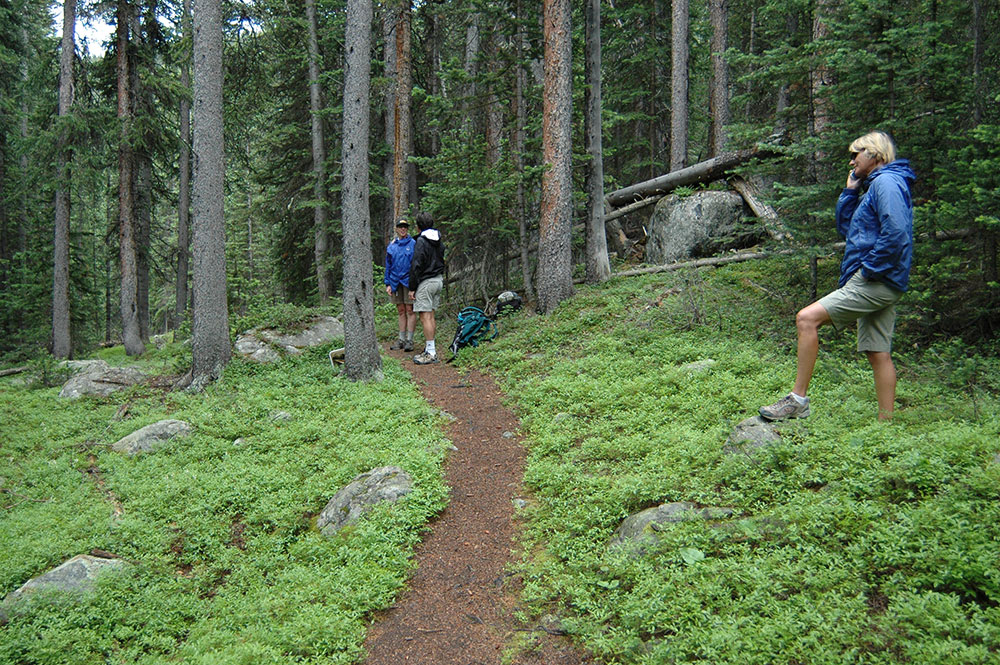 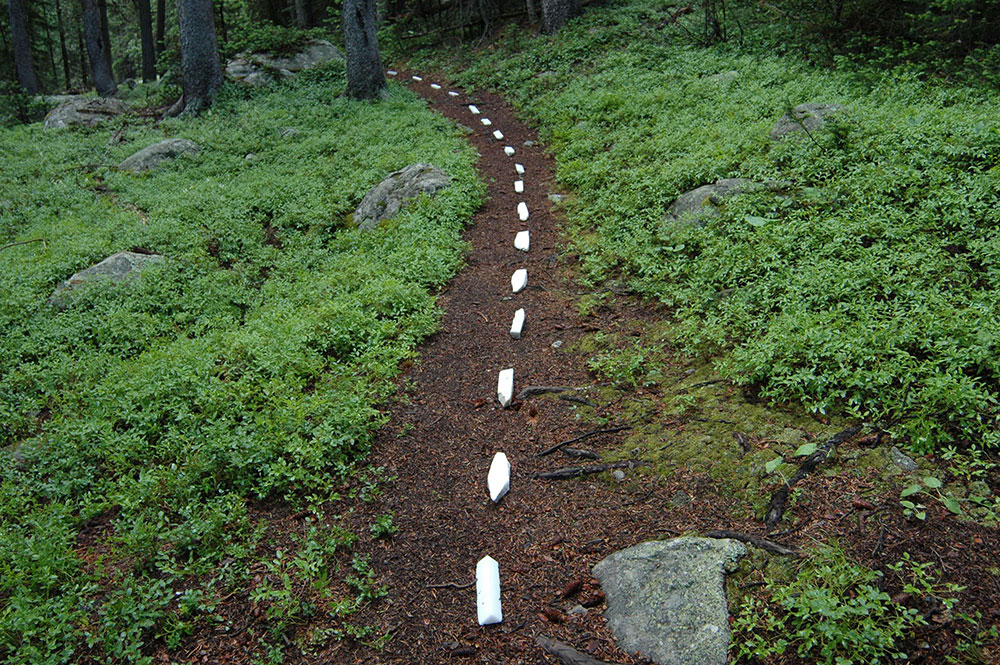 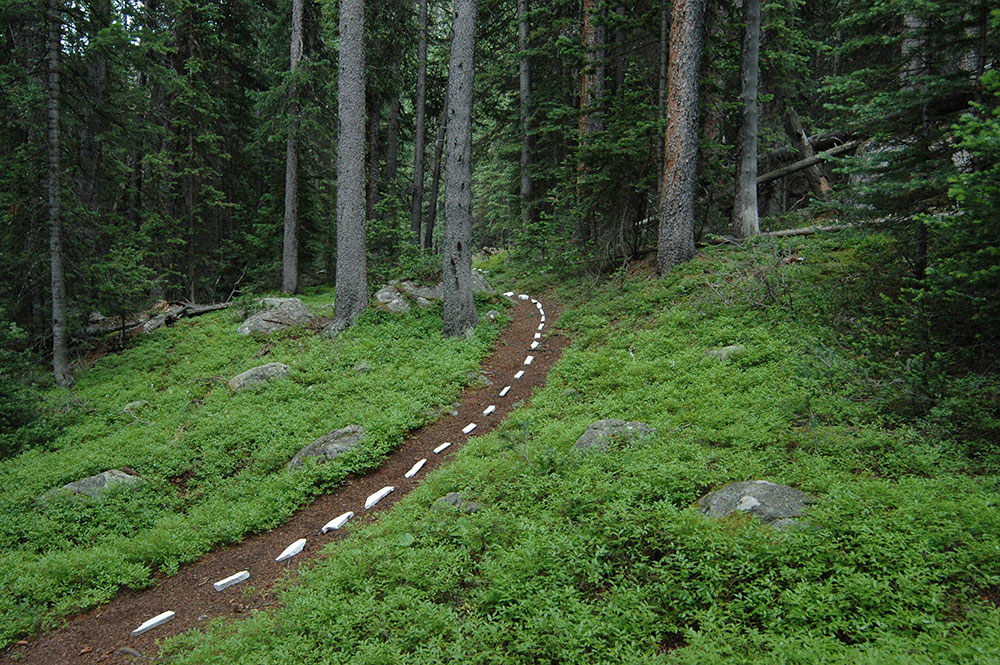 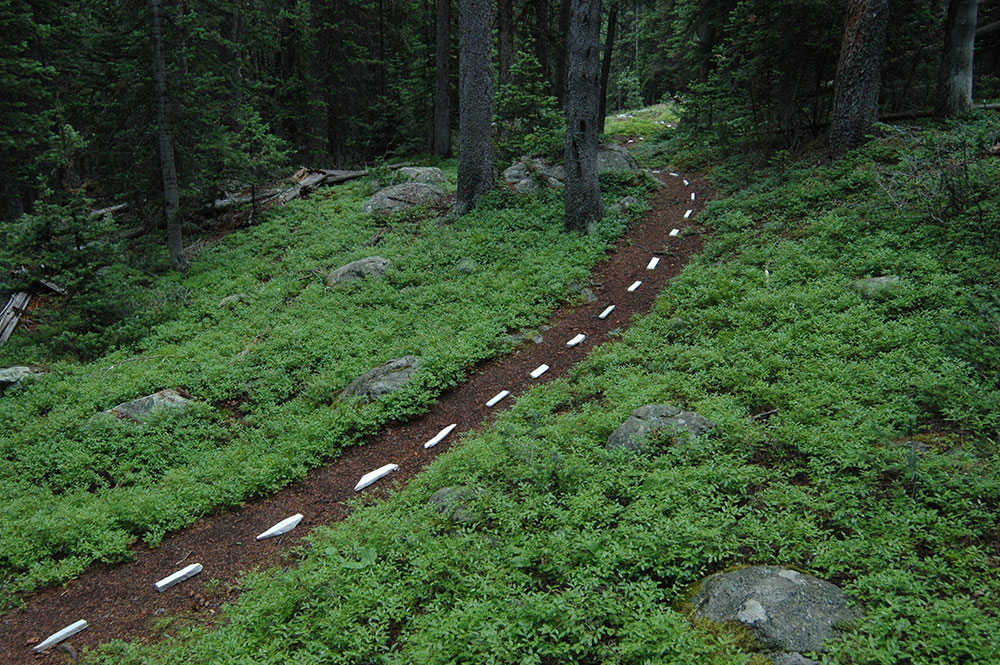 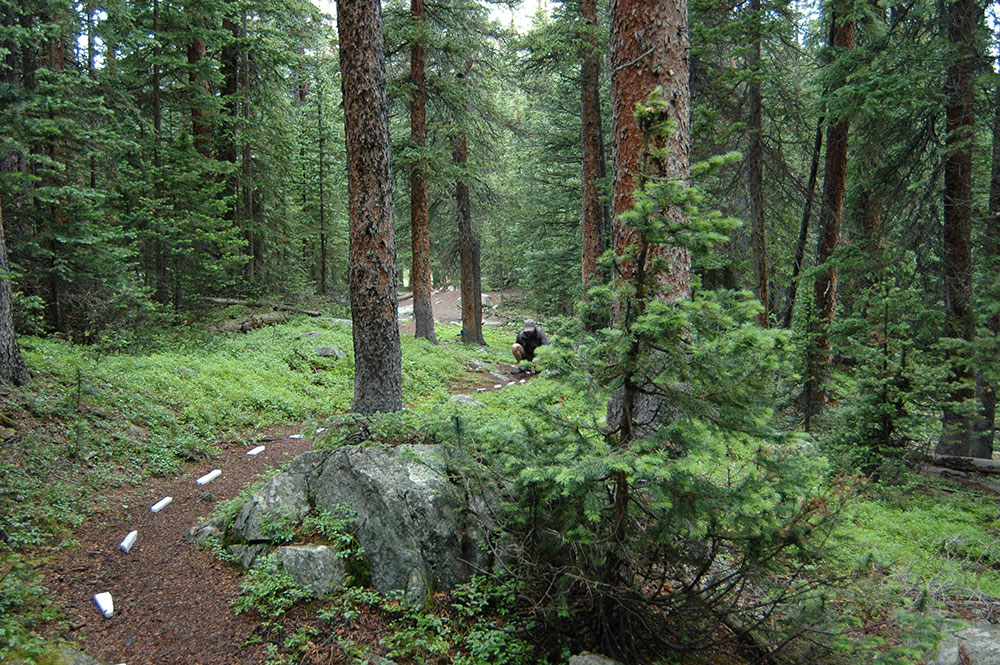 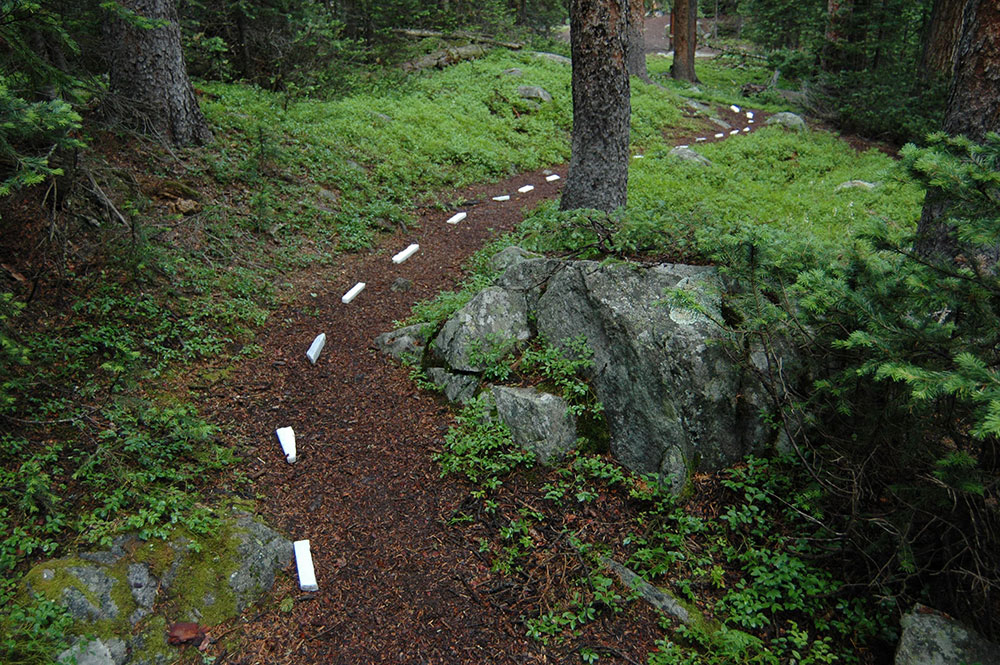 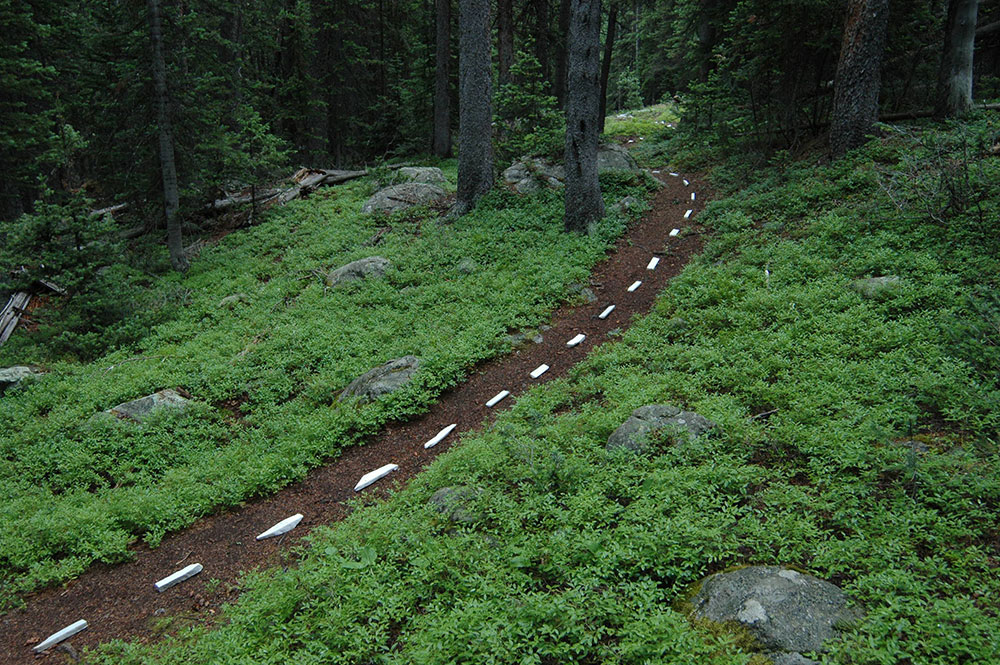 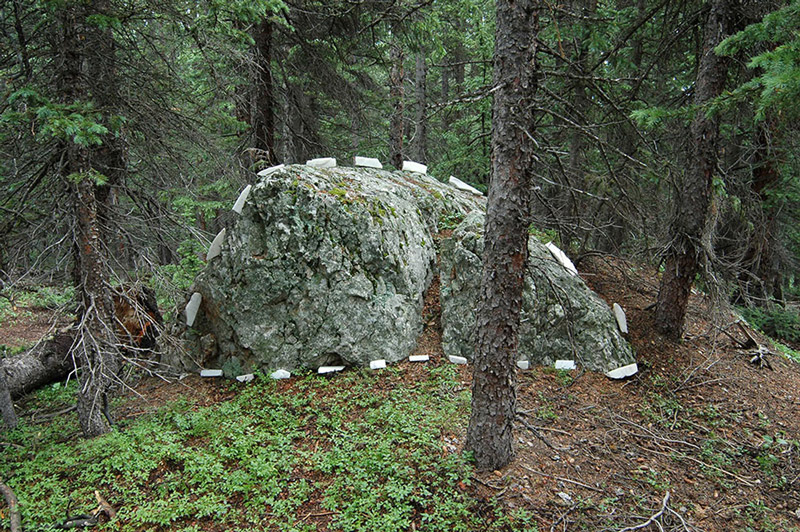 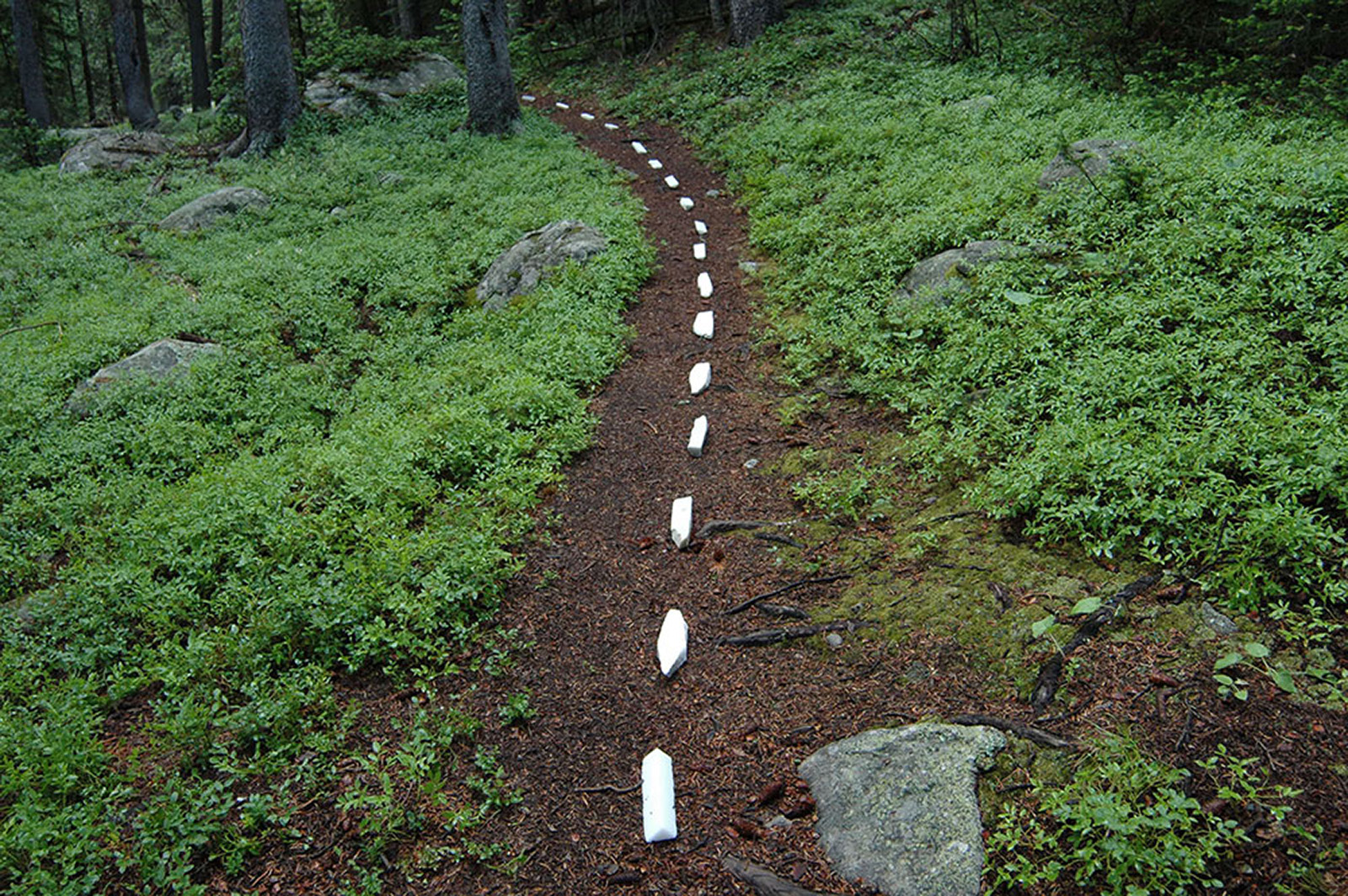 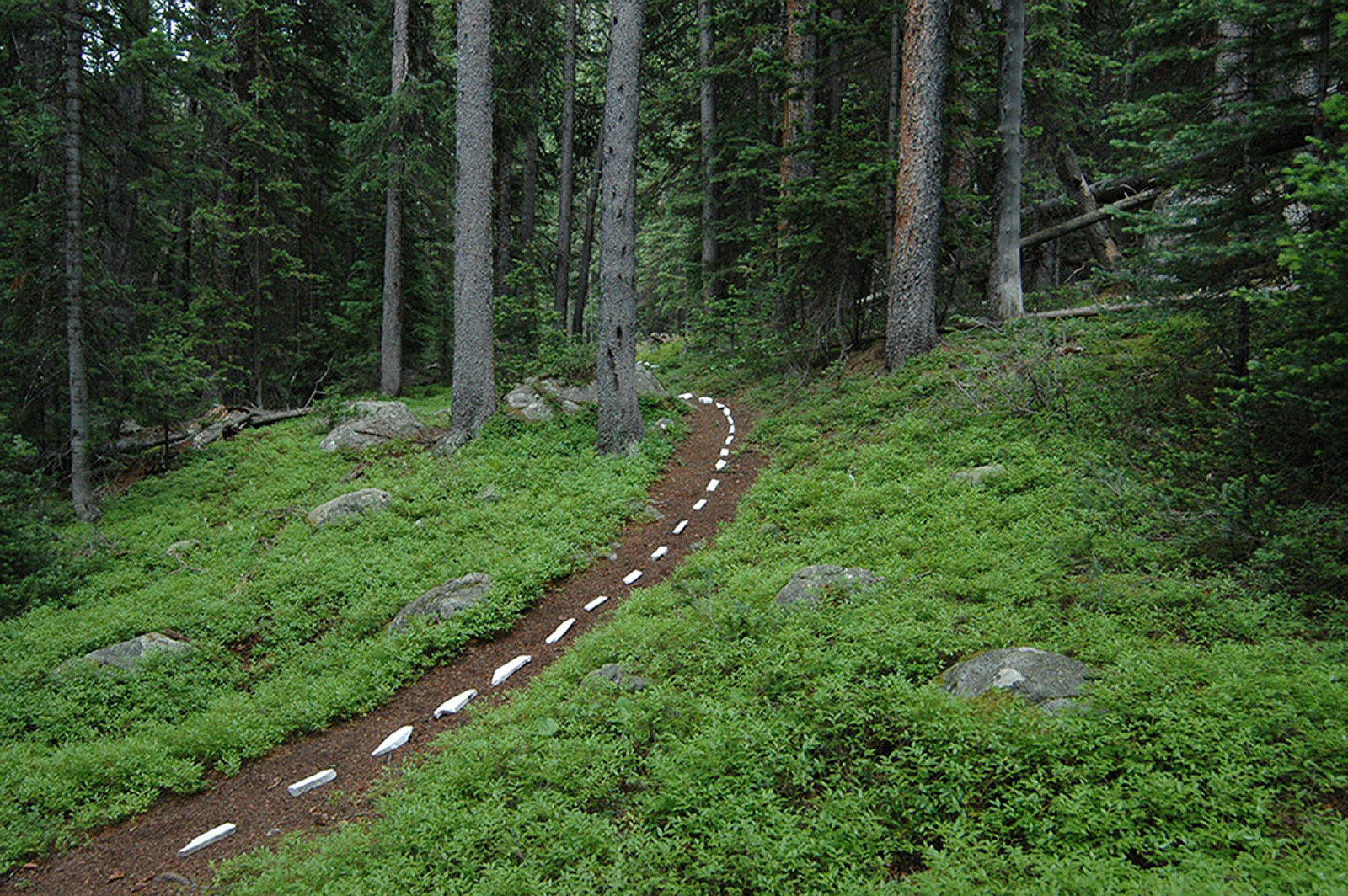 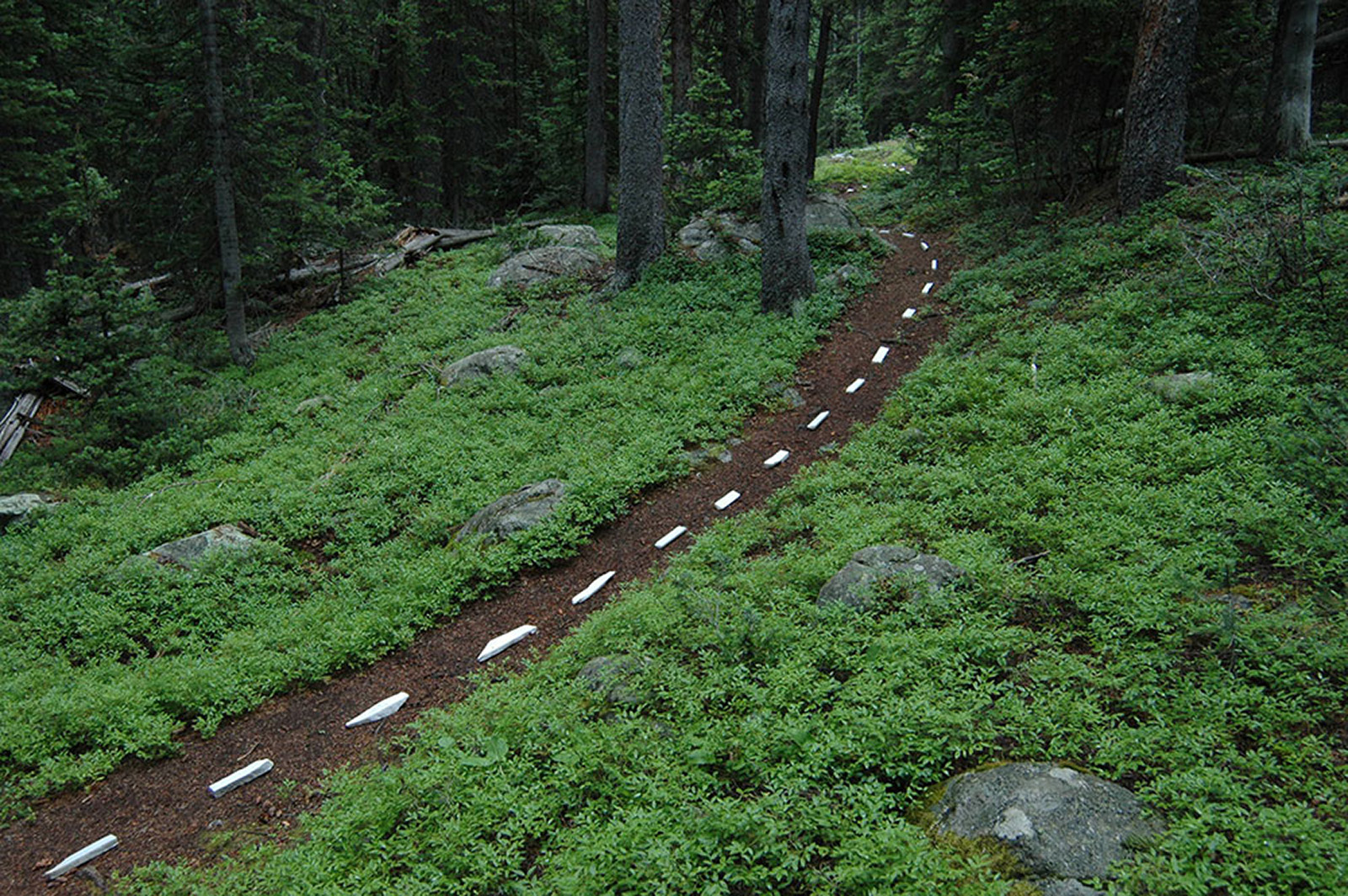 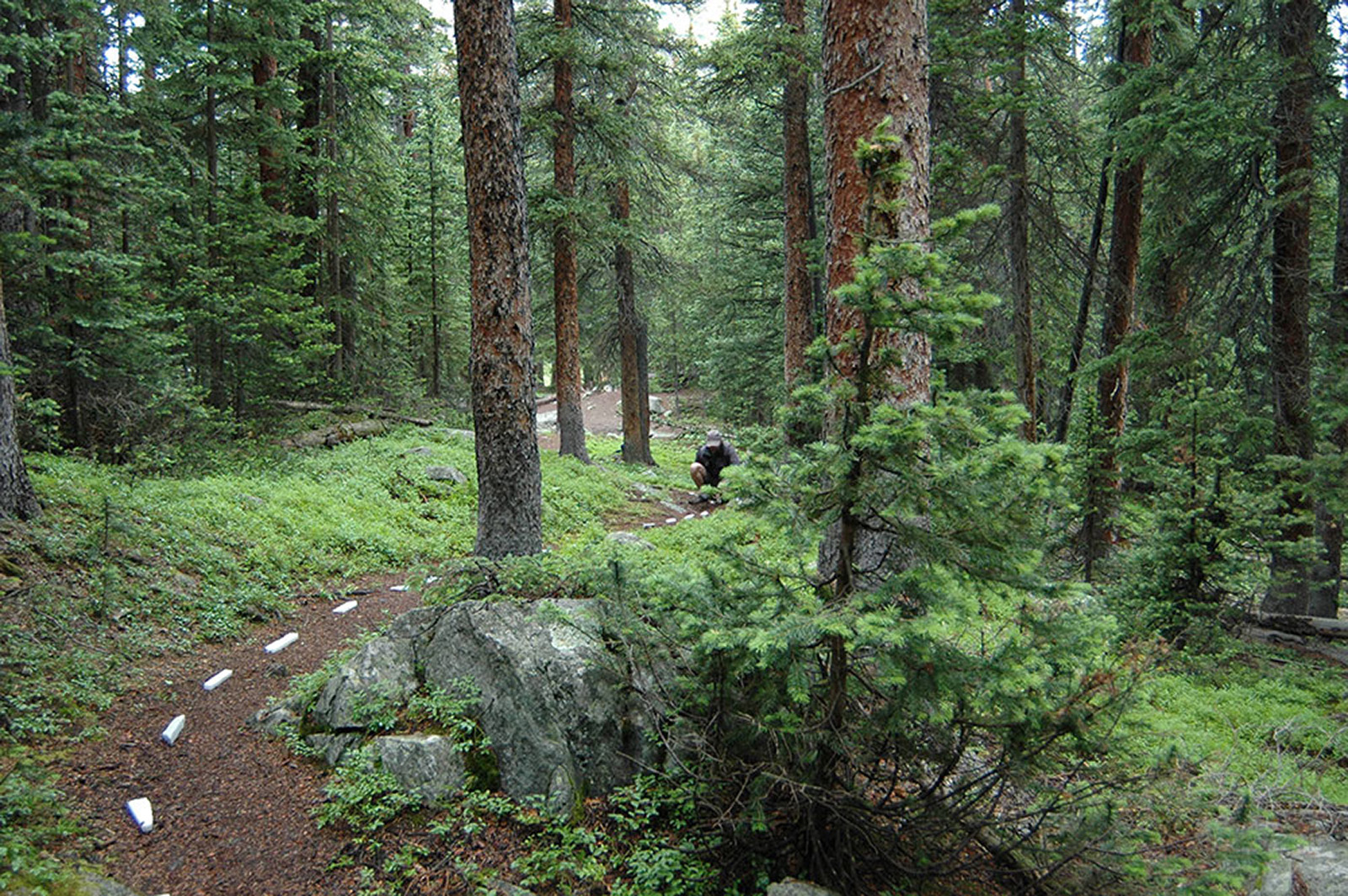 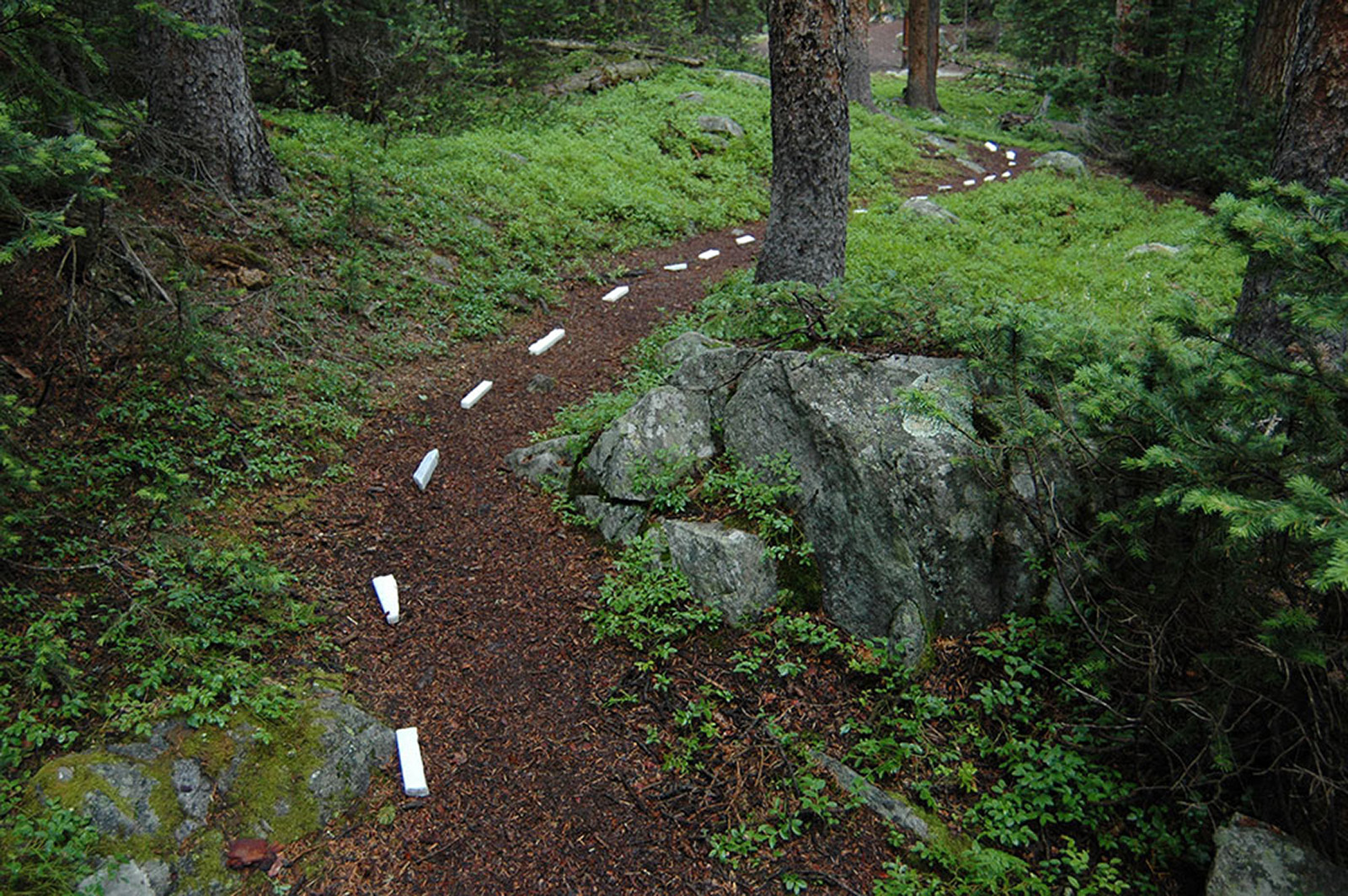 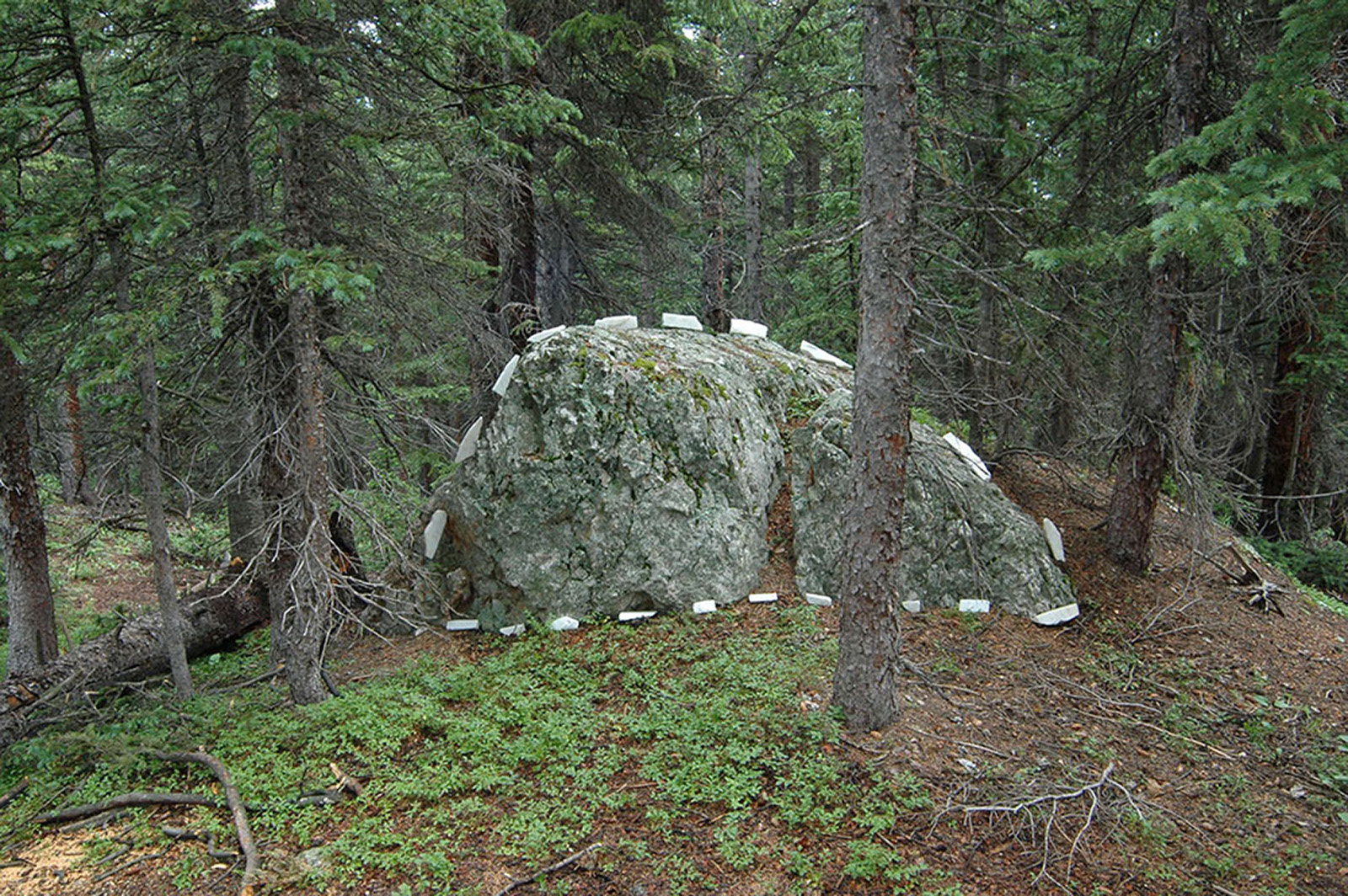 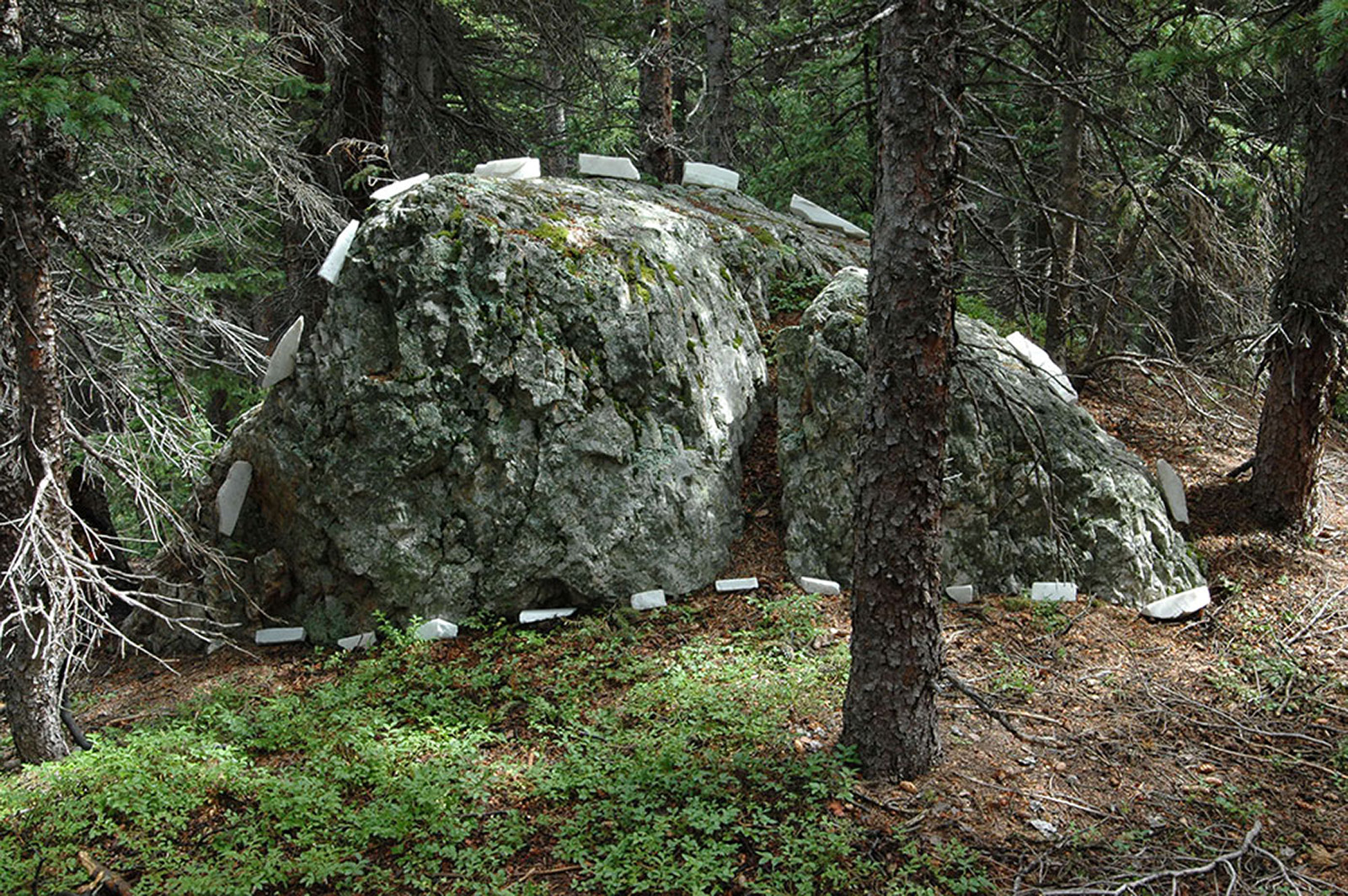 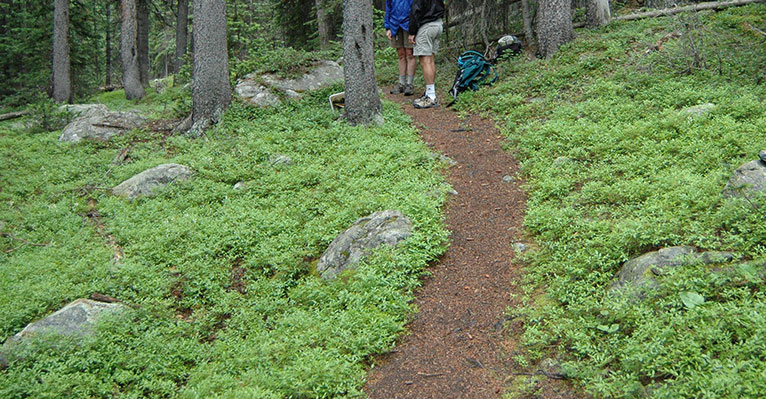 The previous summer Bremner had visited Marble Marble Symposium, which takes place every summer in Marble, Colorado. He was fascinated by the intense brightness of the local stone. The trails, waterways and train beds were decorated with scraps, and covered in white dust and white chips.

"I collected about 200 pounds of discarded pieces and started looking for a place to do a sculpture about recognition. My idea was to create the feeling of a highway on a foot path. The familiar white line would become a visual clue to the shape and perspective of this landscape. Another layer is the social need for a center line and what that implies in this natural pristine area."

Bremner searched around Marble, but the land was already too influenced by the white stone. He wanted a different canvas. He found it on the Wheeler Trail, in the White River National Forest, near Blue River, Colorado.

The Rock Cutout was a spontaneous piece created after discovering the large rock on the trail. This piece relates to the editing of natural landscape in photographs.Thanks to Madeline Wiener and the Marble Marble Symposium.